The pilot for the Global Reporting Program, “Surviving the City,” has earned a number of prestigious journalism awards and nominations. This multimedia project about urban resilience, produced by 20 International Reporting fellows from around the world has been honoured with two of the top awards in the journalism industry: the Radio Television Digital News Association’s Network Digital Media Award, and the Edward R. Murrow Award for Excellence in Writing. The project also won the Canadian Online Publishing Award-Silver for Best Article/Series, was nominated for the Online Journalism Award, and was on the longlist for the One World Media Award in the U.K.

The project was published in conjunction with The Guardian, BBC News and the Toronto Star.

(Sept. 21, 2016) At a time when global reporting is in crisis and models of foreign correspondence are being questioned, the Emmy Award-winning International Reporting Program (IRP) at the University of British Columbia’s School of Journalism is revolutionizing the way in which global reporting is taught and produced, through a new global partnership with three major universities.

The IRP will partner with university-based journalism programs across the globe, allowing graduate students to investigate and report through true cross-border and cross-cultural collaborations. The course is a pilot for a long-term Global Reporting Program, which will allow a consortium of journalism schools to work together, teaching and producing major works of global journalism.

This new framework challenges the traditional model of “parachute journalism,” the common practice in which Western reporters fly into an area for a short period of time, hire local guides, make observations and write up their findings for audiences back home.

“Our goal is to innovate the way global reporting is done and empower student journalists around the world to come together to find new ways to research and tell complex stories,” said Peter Klein, director and founder of the IRP. “Our responsibility at universities is to help forge the future of journalism, and that’s precisely what this class is aiming to do.”

The IRP was established in 2008, through a $1 million donation from the Mindset Social Innovation Foundation, with the mandate to teach and innovate global reporting on under-covered issues. The program has produced a long list of successful projects, including Out of the Shadows, a New York Times/Al Jazeera collaboration about global mental illness which won the Online Journalism Award in the Pro-Am category this past weekend.

The topic of this year’s project is the future of cities. “As three quarters of the world’s population moves into cities by the middle of the century, urban centres will have increasing challenges,” said Murali Chandrashekaran, Senior Associate Dean of the Sauder School of Business, who is helping to teach the class. Students are also enrolled in Dr. Chandrashekaran business course on urban resilience, to gain scholarly grounding in this complex topic.

All students will engage in weekly classes in person and through teleconference, and will work in small teams to produce major works of global journalism in multiple languages.

About the International Reporting Program

Every year, students focus their reporting on a global issue that is neglected by mainstream media. An advisory board of scholars and journalists help identify the topic and determines admission.

“Our plan with the IRP from the start was to grow it into something bigger,” said Prof. Klein, who founded the program. “A new collaborative Global Reporting Program is part of that plan.”

The GRP is modeled loosely on the successful News21 initiative out of the Walter Cronkite School of Journalism at Arizona State University, which has afforded 500 students throughout North America the opportunity to work together on enterprise reporting projects in the United States. News21 was established by grants from the Carnegie Corporation and the Knight Foundation. “The GRP is looking for funding to endow a similar student collaboration, on a global scale,” said Prof. Klein.

The GRP would be part of the Global Reporting Centre, a new non-profit journalism organization based at UBC which is focused on innovating global journalism.

About the Global Reporting Centre

The Global Reporting Centre (GRC) is a nonprofit organization dedicated to highlighting important neglected stories around the world and advancing norms and practices of global reporting.

The centre has grown out of the successful International Reporting Program at the University of British Columbia, which trains graduate students in global reporting. Responding to the increasing need for thoughtful and engaging reporting around the world, GRC journalists work alongside local stakeholders and spend the time needed to do deep reporting on complex global issues.

Out of the Shadows wins awards and nominations

Out of the Shadows, a multimedia documentary about global mental health, has been recognized with several awards and nominations, and is receiving widespread attention.

“Our approach has been to look not only at the challenge of mental illness around the world, but also highlight things that are working,” said Peter Klein, who co-led the project with Dave Rummel, Kathryn Gretsinger and Dr. Videsh Kapoor. “I think this has resonated with audiences, and offered some glimmer of hope in a story that would otherwise be quite bleak.” 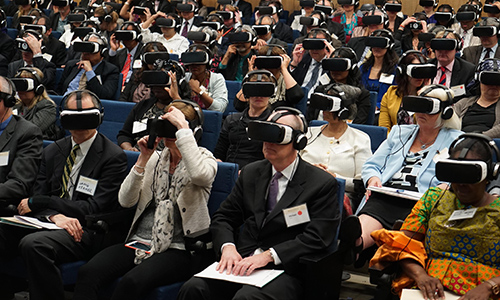 In April, the World Bank and World Health Organization borrowed the title of our project for the first global gathering of experts and policymakers to discuss the economic and political implications of global mental illness. The WHO/World Bank “Out of the Shadows” event was also the site of the premier of the virtual reality film “FRANCIS,” which was produced in partnership with the Global Reporting Centre, utilizing creative commons material from the International Reporting Program multimedia documentary. Four hundred health and finance ministers from around the world experienced the VR project, which personalizes the experience of suffering from mental illness in a lower-resourced country. Since the screening, the film has been requested to be shown at major global gatherings of influencers, including the Kennedy Forum, the United Nations and the World Economic Forum.

The Global Reporting Centre also developed the project into a documentary for Al Jazeera, which focuses on Dr. Vikram Patel and his efforts to develop community-based mental health care around the world. The Al Jazeera documentary was shortlisted for a One World Media Award, which is based in the UK and recognizes excellence in international media.

China’s Generation Green has won the National Edward R. Murrow Award for Best Online Video News Series. The multimedia series tells the stories of young Chinese who have rejected traditional career paths in favor of working to improve their environment. The project was conducted by a team of 10 journalism students in the International Reporting Program in collaboration with 7 Chinese journalism students from Shantou University and Cheung Kong School of Journalism & Communication in Guangdong province.

This is not the first award China’s Generation Green has received. In the last year, the project won the COPA Award for Best Interactive Story, the Sigma Delta Chi Award for Non-Deadline Online Reporting from the Society of Professional Journalists, and an International Region Murrow Award for Small Online News Organization Video Series.

The focus of China’s Generation Green is on the young people who are trying to make a difference in their environmental landscape. Five student reporting teams worked across China, focusing on water, food, wildlife preservation, air quality and waste issues. Through a mix of words, sound, video, photos and graphics, the teams tell the stories of these pioneers of the emerging Chinese environmental movement. In June 2014, the project was published in the Toronto Star.

UBC Journalism students and alumni were honored with two wins at the Canadian Online Publishing Awards (COPA) for their work on China’s Generation Green.

Students in the school’s award-winning International Reporting Program (IRP) won gold for Best Interactive Story for their series China’s Generation Green, which focuses on the emerging environmental movement in that country.

To produce this project, the second-year students of the 2013/14 class travelled throughout China, meeting with young families in smog-choked Beijing and shadowing activists drawing attention to contaminated farms.

Once they were back home, the students got to work crafting multimedia online, published in collaboration with the Toronto Star.

CUT, a multimedia documentary about illegal logging, has won a Regional Edward R. Murrow Award, the highest honour from the Radio, Television and Digital News Association. The is the most recent in a long list of awards for this project, which was produced by UBC Graduate School of Journalism International Reporting Program, in collaboration with the Centre for Digital Media.

CUT is the culmination of a year of research and reporting tracing the sources of lumber and paper from forests around the world. Students traveled to the Russian Far East, Cameroon and Indonesia, documenting the problems with illegal logging, and exploring efforts to slow down deforestation. Excerpts of the multimedia documentary were featured in The New York Times.

Students worked with scholars from the Liu Institute and UBC Forestry to understand the economics, science and politics behind illegal logging, and also collaborated with students and professors from International University in Moscow.

The Regional Murrow Award is in the category of Small Online News Organization: Overall Excellence. CUT was also recently a Webby Honoree in the “Green” category, which recognizes the best of environmental journalism, and it received the Gold Award for the best video or multimedia feature in 2013 Canadian Online Publishing Award, Canada’s top prizes for online journalism.

“As a longtime producer at CBS News, where the ghost of Murrow still looms large, this is a particularly meaningful recognition,” said Peter Klein, Director of the Graduate School of Journalism and Founder of the International Reporting Program. Klein co-taught the course with Dave Rummel, a veteran journalist who joined the faculty three years ago after serving as senior producer of the video and documentary unit of The New York Times.

“We hope CUT will be the first step of an ambitious environmental reporting initiative we want to build at UBC,” said Prof. Rummel. Klein and Rummel are fundraising to create the Global Reporting Centre, a non-profit international reporting organization that will be based out of UBC and will produce major works of journalism on under-covered global issues.

Funding for CUT was provided by Mindset Social Innovation Foundation, the Ford Foundation and the Social Science and Humanities Research Council. 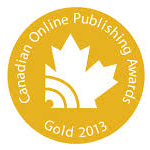 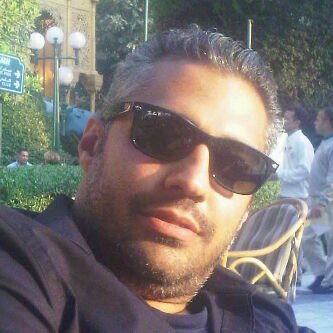 The University of British Columbia’s Graduate School of Journalism and the International Reporting Program are calling for the release of Mohamed Fadel Fahmy, Peter Greste and Baher Mohamed, three Al Jazeera English journalists who were detained by Egyptian authorities last month.

This month fellows of the UBC School of Journalism International Reporting Program are traveling throughout China, profiling young Chinese who are trying to make a difference in their country’s environmental future. Below are daily notebooks from reporters in the field.

For much of the Western world, physical pain ends with a simple pill. Yet more than half the world’s countries have little to no access to morphine, the gold standard for treating medical pain. 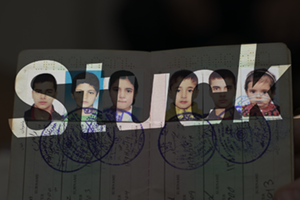 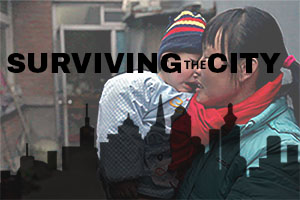 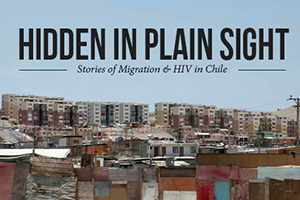 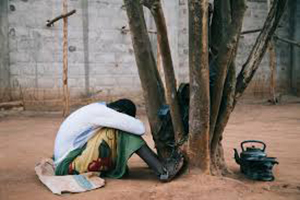