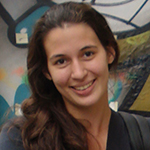 Allison Griner is a second year student at the University of British Columbia’s Graduate School of Journalism. Born in Florida, she has spent the last few years bouncing around the globe, from Taiwan to France to Canada. Recently, she received the Fellowship at Auschwitz for the Study of Professional Ethics, to study journalism through the lens of the Holocaust. She aspires to produce in-depth journalism on social, cultural and political issues. Her work has appeared in The Tyee, The Chicago Reporter, the Forest Park Review and Schema Magazine. She holds a Bachelor of Arts in English and Anthropology. 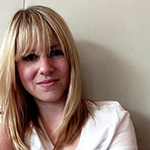 Britney Dennison is a second year student at the UBC Graduate School of Journalism. She completed her internship at Groove magazine in South Korea, where she worked as a reporter and an editor. This past summer she also worked as an English editor at Korean Air’s in-flight magazine, Beyond. Britney is interested in human rights and cultural reporting. She is a recipient of the 2012 Joseph Armand Bombardier Scholarship. 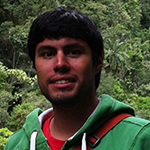 Carlos Tello is a Peruvian second-year student at UBC’s Graduate School of Journalism. He has reported on topics ranging from arts & culture to refugees rights. Carlos completed an internship at theTyee.ca, a Vancouver-based online magazine. 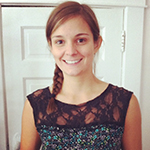 Emma Smith is a second year student at UBC’s Graduate School of Journalism. She is interested in indigenous rights and social justice reporting, and her work has appeared on CBC Radio, and in The Vancouver Sun and The Tyee. Originally from Kelowna, B.C, Emma holds a bachelor’s degree in English Literature from St. Thomas University. Over the summer she completed internships with CBC Radio in Toronto and Kelowna. 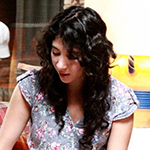 Aurora Tejeida is a second-year student at UBC’s Graduate School of Journalism. She was born in Mexico City but has resided in Vancouver for over a year. She has written about culture and human rights, but is interested in urban sub-cultures as well as minorities. She completed a summer internship at The Tyee, a Vancouver-based online magazine, and she is the current senior culture writer at The Ubyssey, UBC’s student newspaper.

Jimmy Thomson is a Vancouver-based journalist who has worked with the Globe and Mail, Canadian Geographic, and the CBC. He is a second-year Master’s of Journalism candidate at UBC, focusing on environmental issues. He has been to the arctic in five countries over four years, and plans to return for more reporting experience in the future. He hold’s a Bachelor of Science in biology from St. Francis Xavier University in Nova Scotia. Jimmy’s current work is supported by a health and science communications grant from the Canadian Institutes of Health Research. 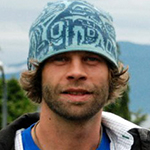 Leif Zapf-Gilje is a freelance multi-media journalist, in his second year of a journalism masters degree at the University of British Columbia.  He has worked as a freelance photographer (various magazines), film producer (ski movies and local TV commercials), radio producer (interning at CBC’s The Current), TV writer (interning in Beijing for the Blue Ocean Network), and he enjoys writing in many other forms.  But he is admittedly not good at writing about himself. 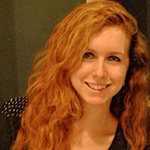 Katelyn Verstraten is a Dutch-Canadian journalist specializing in health and indigenous issues at the UBC Graduate School of Journalism. Her multimedia pieces have appeared in the Vancouver Sun, CBC/Radio-Canada, The Globe and Mail, The Tyee, Canada’s online soccer magazine Red Nation, Thomson-Reuters and Verge Magazine.  Katelyn is particularly interested in knowledge translation, and putting a human face to science. Katelyn holds an Honours Bachelor degree in Psychology from Queen’s University. 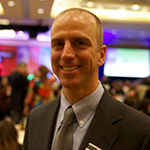 Mike Wallberg is a second year student in UBC’s Graduate School of Journalism.  A former investment banker and portfolio manager, Mike brings a solid foundation in research methodology to his journalism.  He has performed investigative work for Wall Street Journal alumni, published in the Toronto Star, and acted as a beat reporter for Vancouver’s Downtown Eastside.  Mike spent his summer interning as a writer/producer for Global National and CBC News Net. He is a recipient of the Jack Webster Foundation student journalism award, and contributed to a social media strategy that won a national U.S. social media award, and was nominated for a Canadian Online Publishing Award. His current research interests include Chinese environmentalism and the social dynamics surrounding male parenting. 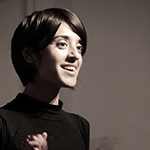 Umbreen Butt is a second year Journalism student at the University of British Columbia. Her background is in documentary film. She has worked extensively in Pakistan, and other countries in the Far East. Her work focuses on human rights and social justice. She has worked with the BBC, CBS, The History Channel as a fixer, videographer and Associate Producer. She has directed films for various UN agencies, the Islamic Development Bank and other international aid and media organizations. 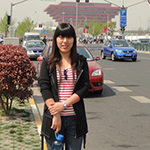 Echo Xie is a graduate student at the Shantou University journalism school. She was an English major student during her college years then chose to study journalism because of her love of storytelling and her desire to change society. Her hometown is Handan, Hebei province, a place famous for coal mining and ceramics. With more than 7000 years of history, Handan develops very slowly these days. Xie says pursuing journalism is a matter of following her heart. 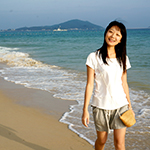 Cherry Yang is a 23-year-old graduate student from Shantou University. She chose to study journalism because it allows her to witness the world, and all walks of life, as a bystander. She also prefers the active lifestyle of journalism compared to sedentary office work. Yang is thrilled to be working with students from UBC on this year’s environmental reporting project. She is also a big fan of photography and roller skating. 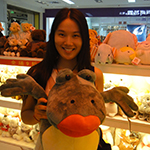 Yacong (Classic) Luo is a junior at Shantou University, majoring in both journalism and business administration. She’s a reporter at the STU News Center and is also a member of the STU Journalism School Chinese Debate Team. With dreams of being a financial reporter, Yacong chose to do a double major. Last sumer she spent two months interning at CCTV. She enjoys sharing ideas and believes good news stories are worth spreading. 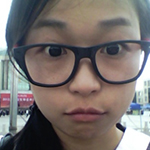 Zhenzhen (Renee) Zhang is a graduate student at the Shantou University journalism school. Her hometown is Weifang, Shandong Province, in the northeast of China. Renee has a keen interest in Chinese environmental stories and has previously reported on the problem of solid waste disposal in Hong Kong while interning at China News Service (CNS). She is excited to be part of the International Reporting Program and hopes to make full use of her investigative skills for this year’s project. 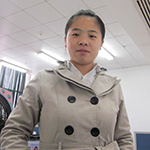 Haiyan (Helen) Wu is a graduate student from the Shantou University School of Journalism. She is 24 years old, born in Yi Chun, Jiangxi Province, in central China. As an intern with the New York Times Chinese language site, she reported on soil pollution and interacted with some of China’s future environmental champions. Helen aspires to travel the globe and tell insightful stories. She enjoys learning from collaboration and cares deeply about the world people inhabit. 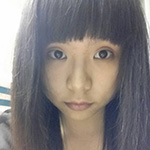 Angel Lin is a sophomore at the Shantou University Cheung Kong Journalism and Communication School. She was born in Shantou, Guangdong Province. Angel has interned at the Shantou Metropolitan Daily and has published more than 40 stories on a variety of issues. She aspires to produce in-depth stories on social and financial issues. 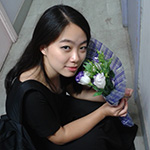 Yonglin (Lynn) Yao is a third year student at the Shantou University’s Cheung Kong School of Journalism and communication. She was born in Shantou City, Guangdong Province. Through Enactus, an international community-based organization, she has spent the last two years working with local tea growers to develop organic farming methods and improve their sales model. She will act as vice president of the Enactus Shantou branch this year. After travelling to Hong Kong, Singapore, Mexico, Europe, and the United States, Lynn has grown increasingly connected and grateful to the land that feeds her. Her goal is to explore and serve her community and country.